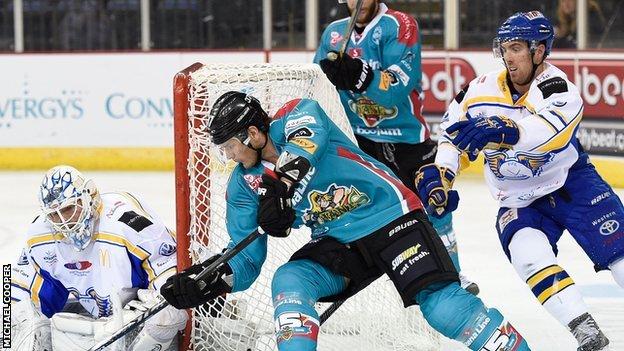 The Belfast Giants were brought down to earth following their win over previously unbeaten Coventry as they lost 6-1 to Fife Flyers on Sunday.

Mark Garside gave the Giants the lead at the Odyssey but Stephen Gunn, Chris Auger and Jordan Fulton made it 3-1 to Fife by the end of the first period.

Auger and Kyle Haines extended the Giants' lead in the second period.

Gunn was on target again in the third period to condemn Steve Thornton's side to defeat in the league and cup game.

The Giants had moved to the top of the league by beating Coventry Blaze 4-2 on Saturday.

The first period produced four goals with Mike Kompon putting Belfast ahead only for Jereme Tendler and Derek Lee to reply before Ray Sawada levelled.