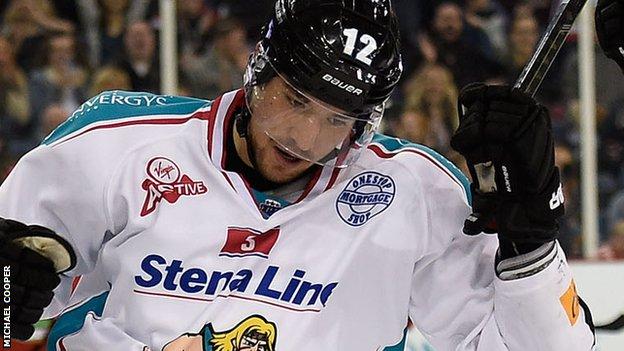 The Belfast Giants fell to defeat away to the Sheffield Steelers in the Elite League on Saturday night.

Mathieu Roy and Michael Forney scored for the Steelers in the first period but Craig Peacock got one back for the Giants early in the second.

Ben O'Connor netted to restore Sheffield's two-goal advantage but Ray Sawada's eighth powerplay strike of the season pegged it back to 3-2.

The Giants had pulled goaltender Carsen Chubak who was making his Elite League debut.

He was recruited earlier in the week as a replacement for the injured Stephen Murphy.

Steve Thornton, Head of Hockey Operations: "I thought we battled well throughout the game. However battling isn't good enough - we need to start winning games.

"This league tough and the teams at the top are close together and we need to start finding a way to win.

"I thought Carsen Chubak played well, especially considering the circumstances with him having only one practice under his belt.

"Sunday against Nottingham is a big game for us - winning our home games is important."