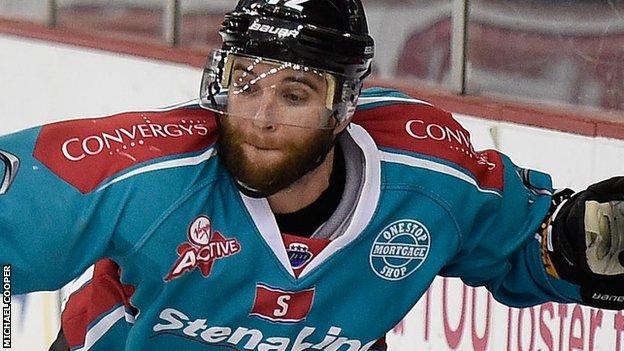 The Belfast Giants' fading hopes of retaining their Elite League crown suffered a further setback as they had to settle for one point away to Fife.

Sunday's game ended in a 4-4 draw and, after overtime failed to produce a winner, the match went to a shootout.

Mike Kompon and Colin Shields were both thwarted by home keeper Kevin Regan and Ned Lukscevic sealed the win for Fife.

The Giants, second in the Elite League table and playing on a third consecutive night, led on three occasions but could not see off the sixth-placed Flyers.

Steve Thornton's Giants are still very much in the Elite League shake-up but, having lost 4-0 at home to title rivals Nottingham Panthers on Friday, they could ill afford to drop another point.

Leaders Braehead Clan fell to a 6-3 defeat by Nottingham on Sunday.

The Clan now hold a four-point lead at the top, but Cardiff, Nottingham and Sheffield have games in hand and look in a stronger position to mount a challenge than Belfast who have lost more games than their rivals.