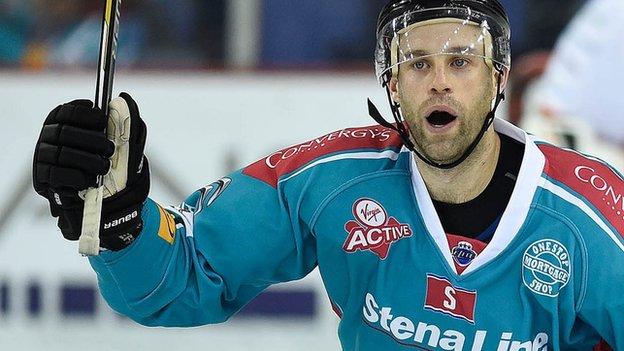 The Belfast Giants have secured their place in the end-of-season play-offs despite going down 3-2 away to Cardiff Devils in Sunday's Elite League game.

Edinburgh's defeat by Fife on Saturday meant that the Giants were assured of a quarter-final place, although their opponents will not be known until the end of the 52-game league season.

Matthew Myers, Joey Haddad and Joey Martin were on target for the Devils.

Myers opened the scoring early in the first period, Cheverie replied, and then Haddad restored Cardiff's lead on the powerplay.

Martin and Sawada scored in the second period.

The Giants had brought to an end a five-game losing streak by defeating Hull Stingrays 3-2 at the Odyssey on Friday night.

Prior to that victory, they had lost eight of their previous 10 fixtures, and now have five matches remaining.