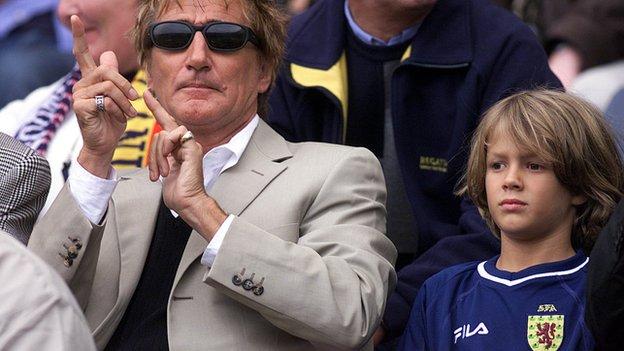 The son of music legend Rod Stewart and model Rachel Hunter, is in line for his Great Britain ice hockey debut after being named in an initial squad of 31.

London-born Liam Stewart, the 20-year-old former GB Under-20 centre, is included for next month's World Championship in Eindhoven and two international fixtures against Poland.

The 31 will be reduced to a final 23-man team in approximately two weeks.

Stewart Jnr, at 6ft 1ins somewhat taller than his rock-star father, plays in America and is now in his fourth season with Spokane Chiefs in the state of Washington.

He has been assistant captain for the last two years, after previously impressing for the Los Angeles Junior Kings Under-16s.