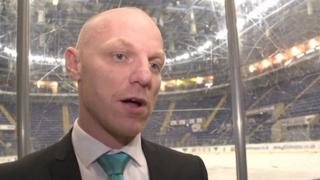 Thornton felt the Giants played well but just did not have the explosive finish they needed in front of goal.

Coventry scored the only goal of the shoot-out after the match had ended 2-2 after overtime and they went through to play Sheffield Steelers in the final.