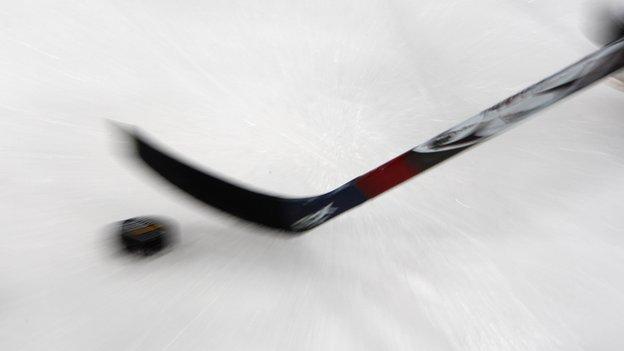 Goals from Kris Beech, Jeff Mason, Brandon Benedict and Mike Radja helped Belfast to a 4-1 lead but Coventry hit back by scoring the next five.

It was the Giants turn to net five times without reply with James Desmarais, Radja (2), Darryl Lloyd and Mark Garside on target.

Blaze pulled it back to 9-8 before Mason sealed a sensational victory.

Just two goals were scored in normal time when the teams met at the SSE Arena on Saturday night, with Coventry winning on penalties.

A day later at the SkyDome Arena and the floodgates opened, with a Neil Trimm strike sandwiched between the four-goal salvo from the visitors inside the first nine minutes.

Belfast repeated the five-goal feat before Carl Lauzon and Mike Quesnele struck for the Blaze to set up a thrilling finale.

Mason netted with four minutes left to complete the goal fest and record the highest scoring game in Giants history. 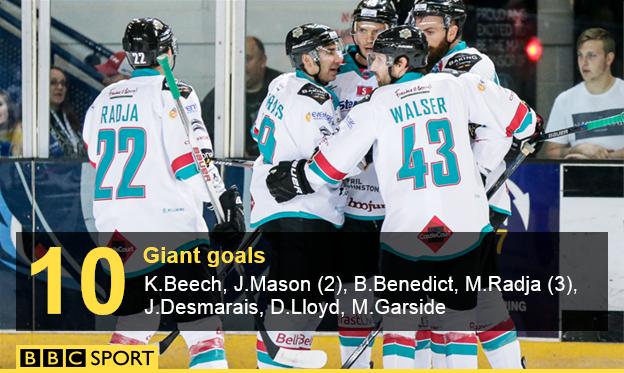