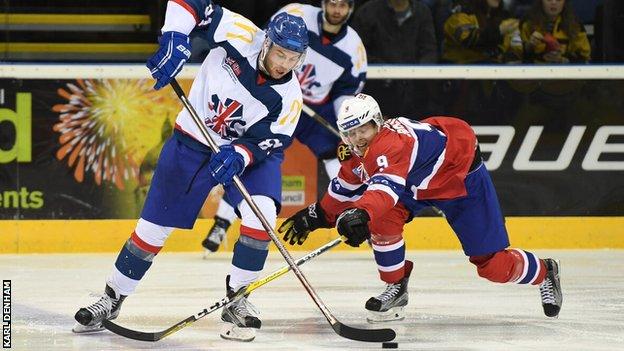 Great Britain's men's ice hockey team will be taking part in the World Championship Division 1 Group B tournament in Belfast.

GB will face Japan, the Netherlands, Croatia, Estonia and Lithuania during the six-day tournament on their home ice.

BBC Radio 5 live sports extra and the BBC Sport website will have live commentary from the SSE Arena throughout the event.

The 23-man squad includes first World Championship call-ups for Brendan Brooks and Sam Duggan, while Liam Stewart will also make his debut after being named in the 2015 squad in the Netherlands, but then having to pull out because of injury.

Fixtures and start times are subject to change. The BBC is not responsible for any changes which may be made.