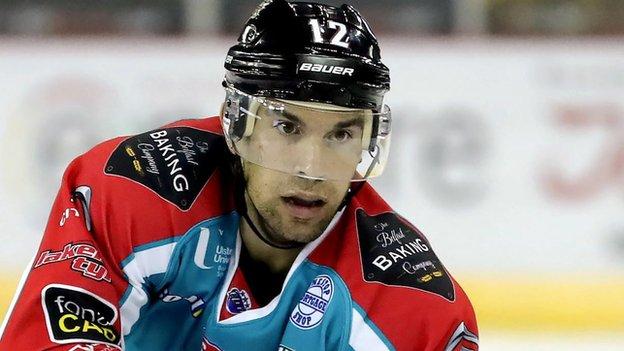 American forward Steve Saviano is remaining with the Belfast Giants for the 2017/18 Elite league season.

Saviano, 35, hit 18 goals and 30 assists in 56 games during his first season with the Belfast club.

He netted four goal against Fife in February which earned him an Elite League Player of the Week award.

"Having Savy back in Belfast for a second season is great for our team. He works hard every time he steps on the ice," said Giants coach Adam Keefe.

"He's great in the room, the guys love him and he will be counted on this season to be a big leader on and off the ice for the Giants. I know the fans will be very happy to hear he will be back again."

Fan favourite Saviano was awarded the coach's player of the Year award by former coach Derrick Walser at the end of last season.

Belfast Giants have made four new signings for next season with Dustin Johner, Darcy Murphy, Jonathan Ferland and Sebastien Sylvestre joining the club.

In addition, Colin Shields, Mark Garside, Blair Riley, Ryan Martinelli and Matt Towe have signed on for another season with the Giants.