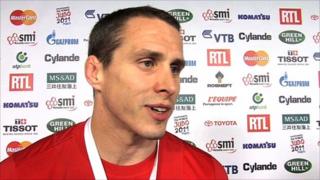 GB's Burton out of Judo Worlds

Britain's highest-ranking judoka Euan Burton has unexpectedly crashed out of the opening rounds of what could be his last World Championships.

The 32-year-old, ranked sixth in the world in the under-81kg category, was up against Srdjan Mrvaljevic of Montenegro.

The Scot made a passive start to the fight, picking up two defensive penalties in the first few minutes, which he was unable to turn around despite a spirited attack towards the end.