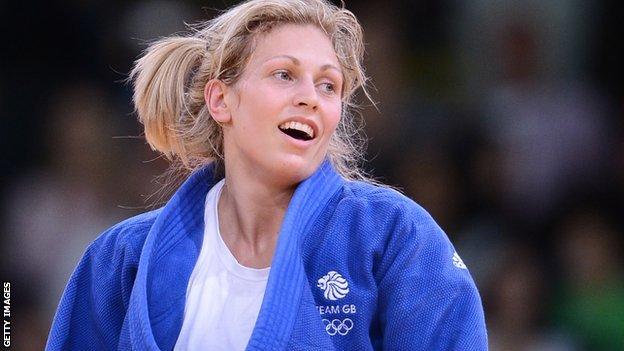 London 2012 Olympic silver medallist Gemma Gibbons will return to action in the British Championships in Sheffield on Sunday.

"I'm really looking forward to returning after my time out through injury," said Gibbons.

"It'll be great to return in front of a home crowd."

Paralympic silver medallist Sam Ingram, who was born with cornal distrophy and is visually impaired, will line up against fully sighted judokas in the -90kg categrory as part of his bid to take part in the 2014 Commonwealth Games.

Another London 2012 Olympian, Ashley McKenzie, will see action in the -60kg category, while Gemma Howell, who won three World Cups in 2012, goes in the -63kg section.