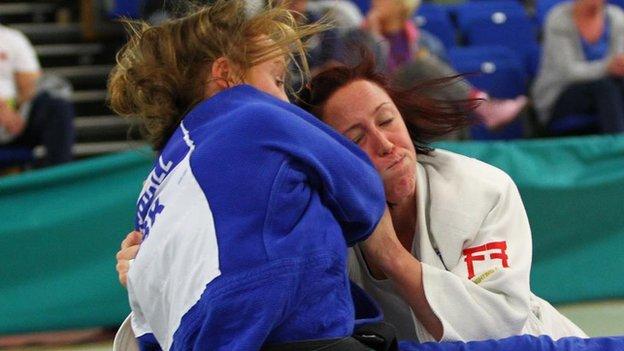 Harlow judoka Faith Pitman is still hoping to make her Olympic dream a reality at Rio 2016 after being crowned British champion.

The 27-year-old, who won the women's under-63kg class in Sheffield on Sunday, missed out on a place in the British team for the last two Olympics.

She told BBC Essex: "I've gathered myself again and I'm looking ahead now to the Commonwealths in Glasgow [2014].

"It's only two years until Rio after that, so we'll see how things go."

Pitman, a member of the West Essex Judo Club, took a long break from the sport after not making the Great Britain team for London 2012.

"It was a very difficult time for me, I believe I should have gone," she said.

"It will still take a long time for me to get over the disappointment of that, because it's your life's work and it's destroyed."

However, she is now focused on the future and believes she is back to something like her best.

"I had quite a long break and got back into it steadily.

"Things have changed quite a bit, I'm happy and my judo seems to be flowing better than it has in a long time," she added.