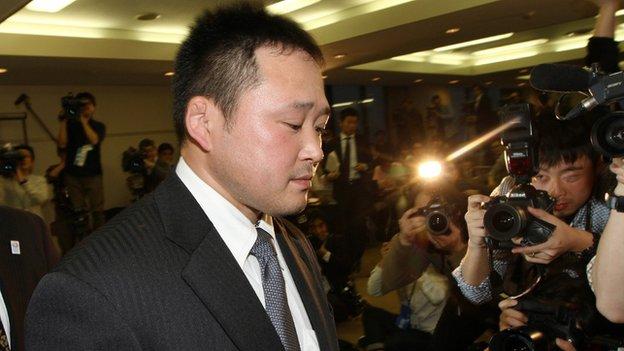 Japan's national women's judo head coach intends to resign after allegations emerged that he had beaten his athletes with wooden swords.

Ryuji Sonoda said that it would be "difficult" for him to stay on in the position that sees him training Olympic athletes.

On Wednesday it was reported that some athletes had been physically abused.

At a news conference on Thursday, Sonoda conceded the allegations were "more or less true".

"I would like to deeply apologise for causing trouble to all the people concerned with what I have done and said," Sonoda told the conference.

"I think it will be difficult for me to continue being engaged in the training programme any longer. I wish to submit my resignation."

A 15-strong group of judokas, including some who took part in the London Olympics, had earlier complained to the Japanese Olympic Committee that they were beaten with thick bamboo swords, like those used in the Japanese martial art of kendo.

They also complained that some athletes were slapped by their coaches and forced to compete in matches while injured.

Japan only won one judo gold medal at London 2012, Kaori Matsumoto in the women's under-57kg category.

Japan's fourth place in the judo medals table came as a shock as they were expected to dominate the competition.

They did much better in Beijing 2008, where they won a total of four golds and came top of the medals table.