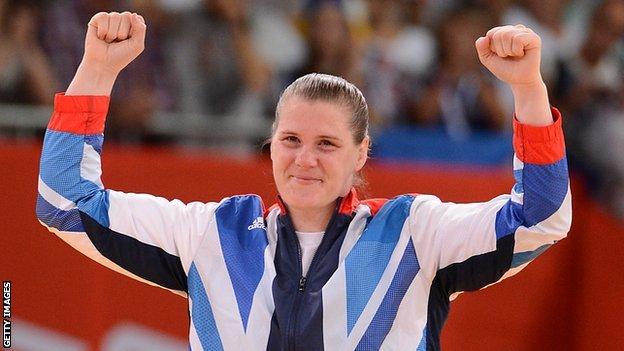 Olympic bronze medallist Karina Bryant has retired from professional judo, one year to the day after her success at London 2012.

The 34-year-old, who has been plagued by injury over the last two years, has won four European titles and five World Championship silver medals.

She said: "After having surgery twice post London, I tried to get back into training, but aggravated an old injury.

"I feel my body is telling me this is the right time to retire."

The Briton, who had to ask strangers for cash to replace her aging car which she was driving to training and competitions, spent 18 months prior to the Games struggling with injury.

But Bryant, who is Britain's most decorated international judoka with 21 European and World medals, finally tasted Olympic success last summer.

She lost her semi-final against Mika Sugimoto of Japan, but won the bronze medal contest with victory over Ukraine's Iryna Kindzerska.

"There have been so many career highs and a lot of lows," she added. "Every single title and medal meant so much to me, but having the opportunity to compete in London at a home Olympics meant so much and to perform and win a bronze medal was the icing on the cake."

"To achieve the Olympic bronze in her last competitive contest was a fitting finale to her glittering career and we wish her all the best for her plans for the future."