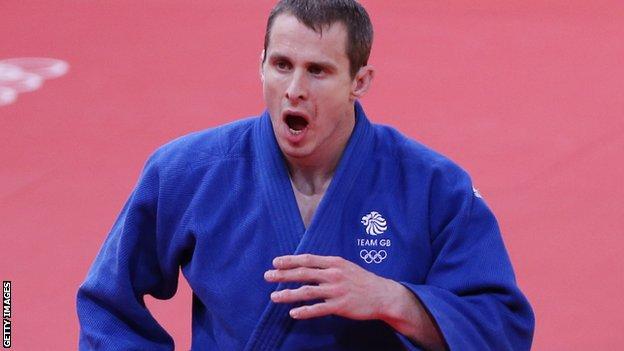 The two-time Olympian, 34, delighted his home fans in Glasgow with an impressive win over his Great Britain team-mate, who was left with silver.

It was another encouraging outing for Burton, who moved up in weight after a tearful exit from London 2012 at -81kg.

Two other Britons, Matt Purssey and Theo Spalding-McIntosh, both won bronze medals in the -90kg category.

In the -100kg final, former Junior World Championship medallist Fletcher, 21, struggled to get into the contest and was forced to submit after 90 seconds as Burton applied a choke for ippon.

"It's nice to win a medal here in Glasgow ahead of the Commonwealth Games," said Burton.

"I've fought Ben a couple of times, mainly more for fun in Randori, but he's a really good judo player - up and coming and somebody the British public should definitely be looking out for in the future. To be fighting him in the final is good for the health of British judo."