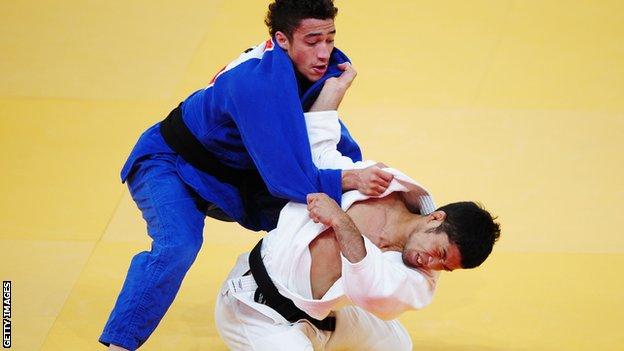 Earlier he lost his quarter-final to Eric Takabatake, but came through a repechage final against Juan Perez.