The Scot, 30, was beaten by France's Marie Eve Gahie in the final of her first competition since Rio 2016.

Conway, who won bronze at the 2014 Commonwealth Games, said she "couldn't be happier".

The 2017 World Judo Championships will take place in Budapest, Hungary from 28 August to 3 September. 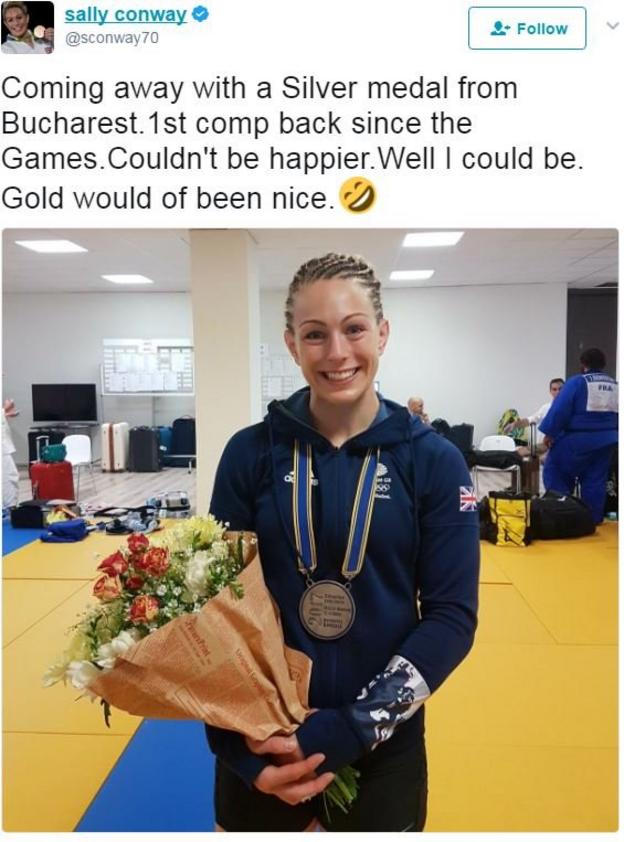