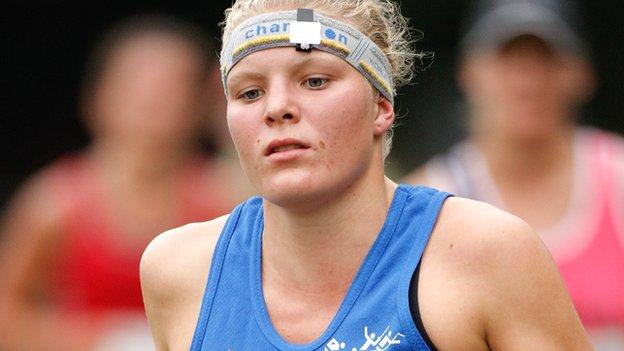 Katy Burke, Kate French and Katy Livingston finished behind Germany and China on the opening day in Italy.

The championships represent the final qualification event for places in the London Olympics this summer.

British athletes must finish in the top three in the individual competitions to achieve the qualifying standard.

After this competition the only other opportunity to qualify for the Games is through the Olympic ranking list.

Burke handed over to French in third place after two shoots and runs, and Britain were still third when French passed on to Livingston, who dropped out of the top three in her opening shoot, but produced a strong final run to secure Britain's first medal of the championships.

So far, Britain's Jamie Cooke and Freyja Prentice have achieved the qualifying standard, but with a maximum of two places per gender per nation available, neither are guaranteed places on the team.

The Britons are next in action on Thursday when Heather Fell, Samantha Murray, Freyja Prentice and Mhairi Spence contest the women's semi-finals aiming for places in the final on Saturday.