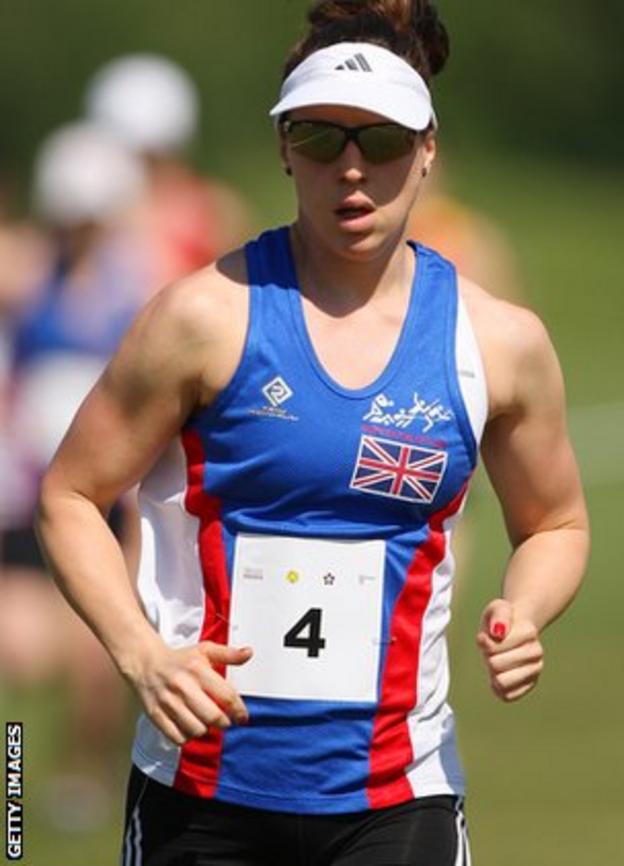 Modern pentathlete Heather Fell says she is "gutted" at missing out on the chance to compete at the Olympics.

The 2008 silver-medallist finished 15th at the World Championships.

But with Mhairi Spence winning gold and Samantha Murray taking bronze, Fell is now unlikely to be picked for the London 2012 Olympics.

She told BBC Sport: "I'm completely gutted, I feel heartbroken. It's what I've done for the last three years. It's what every day has been about."

And Fell says she is even more disappointed as, had she been from another nation, she would have probably qualified for the Olympics.

"I'll be high enough on the rankings than the majority of the people competing at the Olympic Games, which is what makes it even harder," she added.

"But it's the fact that there's only two places available for Britain.

"It shows how strong we are as a team to have two girls on the podium at the World Championships."

Whilst training for London 2012, Fell has tried to begin a career in television and radio, but she says her media work has not distracted her from training and is not the reason she did not qualify.

"I think it really helped me," she said.

"I do five sports as it is, but my personality is that I like to have a lot going on.

"Last year the coaches tried to get me to do a little less, but when I was at university studying for my physiotherapy degree, I had some of my best results and before Beijing I had three part-time jobs.

"In the last few years I haven't had a proper job so to speak, so I've had far more resting time.

"People didn't see when I worked in the pub or taught swimming, but when you do media stuff the coaches see that and think you're doing too much.

"You can't do 100% sport because you'd go absolutely mad and, if I had done that, it wouldn't have made any difference to the position I am in now, and I would have been even more lost and even more devastated."