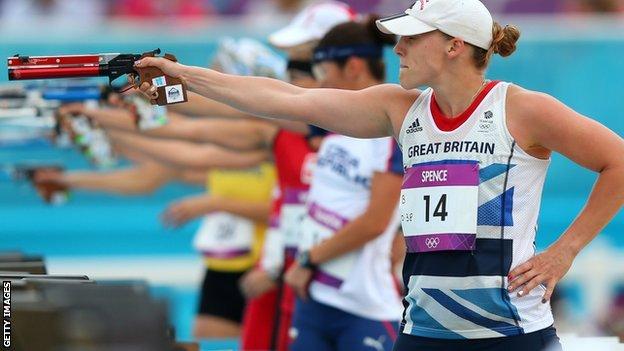 The 27-year-old reigning world champion was in the top-10 throughout the day and went into the final event, the combined run/shoot, in second place overall.

But despite two sub-13 second shoots, she dropped out of contention for the medals on her fourth and final visit to the shooting range.

Ukraine's Victoria Tereshuk took gold with 5440 in the climax to the annual World Cup series of modern pentathlon competitions.