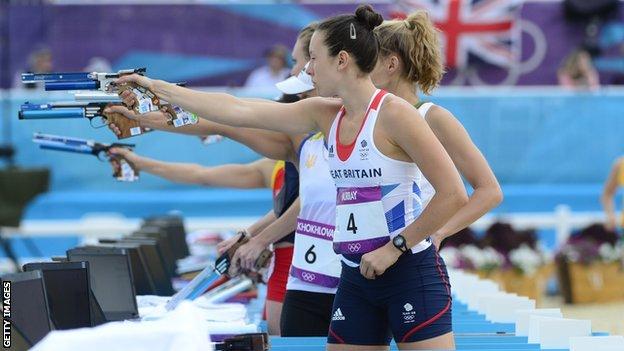 Samantha Murray's hopes of winning her first individual world modern pentathlon title have been delayed by a typhoon in Taiwan.

Murray, 23, led after the fencing and swimming, before bad weather postponed the show jumping until Saturday.

The Bath-based Olympics silver medallist holds a 48-point advantage over France's Elodie Clouvel after winning 21 out of her 34 fencing bouts.

She followed that up with the best swimming time of the day in 2:10.58.

Great Britain are currently in third place in the team standings as they look to retain the team title they won in Rome last year.

Jamie Cooke and Nick Woodbridge are also due to represent Great Britain in the men's final on Saturday.