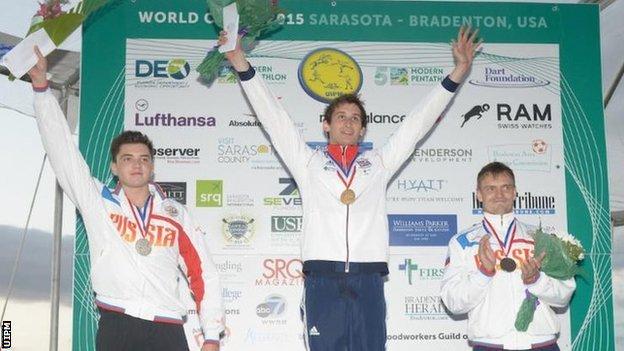 Earlier, world champion Murray began her season in style by claiming gold in the women's event.

"The plan is Rio and this a good start to the year," said Cooke.

"We've worked really hard over the winter period, the whole boys' team and the girls' team, and I think it has been reflected here because obviously Samantha won yesterday and Kate French came third."

"I can't remember us doing this before [winning both individual golds]. We are all over the moon and it's fantastic."

But Bartu singled out his fencing for particular praise.

"Jamie put in one of his best fencing competitions ever and that set him up," he said.