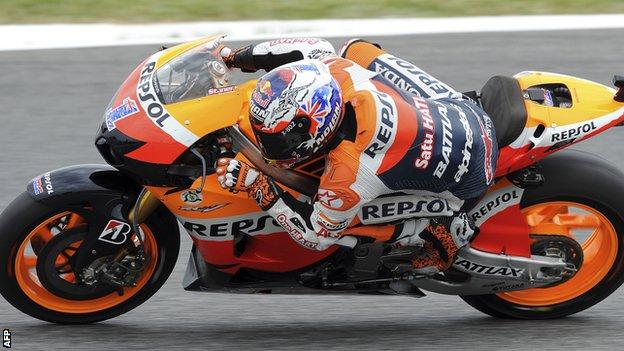 The British MotoGP at Silverstone, which takes place this weekend, will be broadcast live on BBC Radio 5 live and 5 live sports extra.

The stations will broadcast more than eight hours of live coverage starting with practice sessions on Friday.

The coverage culminates in the MotoGP on 5 live from 13:00 BST on Sunday.

"This is a terrific opportunity for us and for British motor sport," said World Sports communications managing director Glynn Cropper.

He will be joined in the commentary box by Jeremy McWilliams, the last British rider to take a podium place in the British MotoGP.

"I love motorsport and get the same nervous excitement sitting in the commentary box as I do when I'm competing myself," said Andrew.

"I'm very much looking forward to covering the pinnacle of motorcycle racing with MotoGP for 5 live this weekend; the racing is exciting whatever the weather and we've a genuine British interest too."

Saturday 16 June (all times in BST)