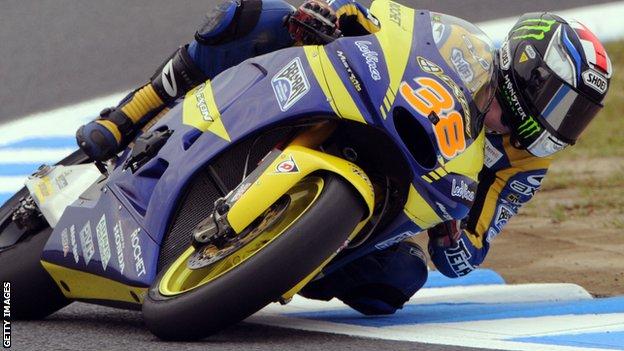 Tech 3 Racing rider Bradley Smith spoke of his joy after his best result of the season at Sunday's British Moto GP.

The Oxfordshire-born Moto2 rider finished seventh at the weekend after an indifferent start to the season and the 21-year-old was delighted.

"To finish seven seconds behind the leaders was a tremendous result," Smith told BBC Radio Oxford.

"To turn it around from the first five races, especially Barcelona, to what we have achieved here is a great result."

The race was won by Spain's Pol Espargaro with Britain's Scott Redding second, but Smith was just seven seconds off the race winner.

At one point Smith, who will ride in Moto GP next season, was leading the race, and he admitted it was a huge thrill.

"The team has done a fantastic job with the settings on the bike this weekend," he added.

"We still need to work on the final two-thirds of the race but all things considered I'll take seventh position today.

"I'm eighth in the Championship and I go into the three back to back races full of confidence.

"The biggest buzz today was leading the British GP. I've been said to shy away from a battle but not today. I was leading and it was good fun while it lasted and then I got shuffled back.

"We were competitive and I just wanted the chance to show case myself on TV for as long as possible and then have a decent finish and I've done that today.

"You can never over-perform, and we will do some analysing and take it from there. I still believe there are some improvements to be made to this bike."

He added: "This is huge, to be out of the top 10 in the first five races and then turn it around at the British GP, I'll take that - I'm happy. It was a great job by the Tech 3 team."