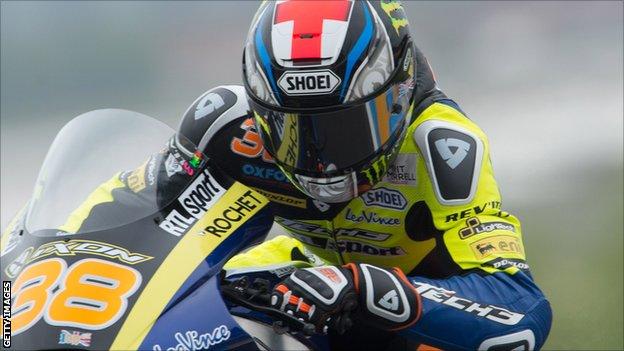 Tech 3 Racing rider Bradley Smith spoke of his delight after he produced his best performance of the 2012 Moto2 season in Saturday's Dutch TT at Assen.

"That was a fantastic race and I feel happy with the job all of us at Tech 3 Racing have done. It was easily the best race of the season," said Smith.

"It is brilliant to be back in the top six, this is where we should be."

The race was won by Marc Marquez who also leads the Championship standings.

"We have not stopped working to improve the Mistral 610 machine and to finish so close to the podium is a great confidence boost," said Smith.

"I was worried the good result in Silverstone might have been down to a bit of home race factor, but we have been even stronger and more competitive here in Assen.

"It was a really hard race and I never gave up because I could see Scott in third and just kept trying to put pressure on Alex [De Angelis] and Esteve [Rabat]."

Smith, who signed a two-year deal to make the step up to MotoGP last September, added: "I was back to being one of the fastest on track and I was very fast in the second half of the race on worn tyres.

"That was a key strength of mine last season and I could show it again today. Now we go to the Sachsenring next weekend with a lot of confidence."