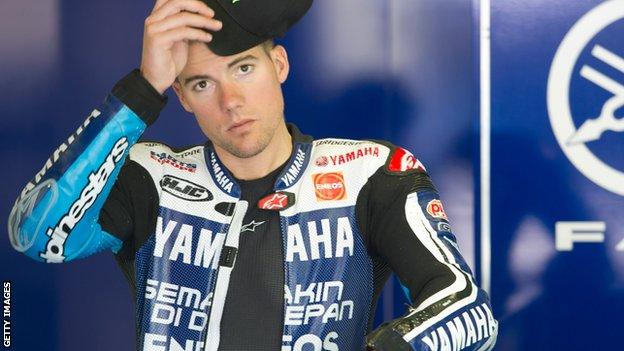 Former World Superbike champion Ben Spies says he will leave the factory Yamaha MotoGP team at the end of the season.

He said on Twitter: "I have chosen to leave Yamaha after this season for a litany of reasons. I will explain more when it is appropriate."

The tweets were later removed.

Spies, 28, has struggled this season and sits 10th in the standings without a podium finish, while team-mate Jorge Lorenzo leads the championship.

The American, who won the World Superbike championship in 2009, finished sixth in his debut season last year.

Spies had also tweeted: "I won't make any further comments until the official announcement comes out.

"I'm extremely happy to push for the rest of the season. To my fans, and myself, next year starts a new chapter. And yes I'm pumped."