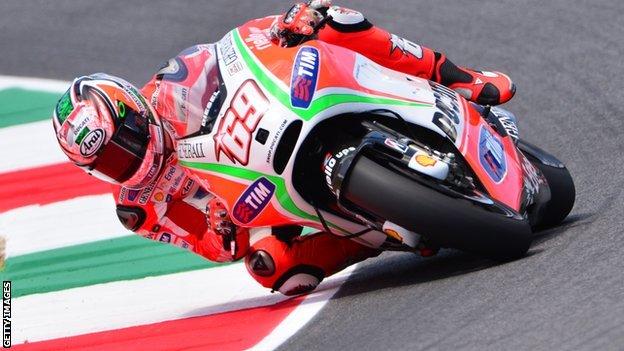 Former MotoGP world champion Nicky Hayden has extended his contract to stay with Ducati in 2013.

The 31-year-old is in his tenth season in the MotoGP series and his fourth with the Ducati Team.

Hayden, a MotoGP world champion in 2006, sits eighth in the championship.

"I'm very happy that I'll be back with Ducati and back in MotoGP, racing at the highest level for a very important team," the American said.

"I'm excited that I'll continue to be a part of it. I feel like I've got some unfinished business here, and hopefully we can get all the pieces into place and reap the rewards of the hard work we've put in the last couple of years," he added.

Audi recently completed its takeover of Ducati in a deal reported to be over £700m.

The news comes on the eve of Hayden's home MotoGP race at the Mazda Raceway Laguna Seca in California this weekend, where he will be hoping to improve on his three podium finishes so far this year.