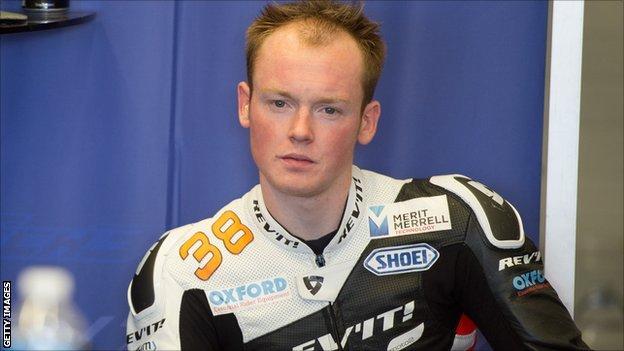 Britain's Bradley Smith said riding a MotoGP bike for the first time during testing in Valencia was "better than I had ever dreamed of".

Smith will partner fellow Briton Cal Crutchlow at Tech 3 Yamaha next season, which will be his first in MotoGP.

Wet weather forced Smith to sit out the first day of testing on Tuesday.

But after completing 16 laps on Wednesday, he said: "I'm still buzzing. What a feeling to ride such an unbelievable motorcycle."

Oxford-born Smith was the 11th fastest of 15 riders who posted times in wet conditions at the Spanish circuit, his best mark being one minute 34.538 seconds.

He added: "I was nervous and cautious as I left the pit lane on wet-weather tyres and felt all eyes were focused on me, but the bike was an absolute delight to ride."

Crutchlow was second fastest in the session with a best time of 1:32.671, three-tenths of a second slower than Spain's Dani Pedrosa.

Moto2 world champion Marc Marquez, who has replaced Casey Stoner at Repsol Honda, also got his first experience of the elite class and was seventh fastest.

World champion Jorge Lorenzo and team-mate Valentino Rossi, who has rejoined Yamaha after two years with Ducati, did not post times after deciding to abandon the test.