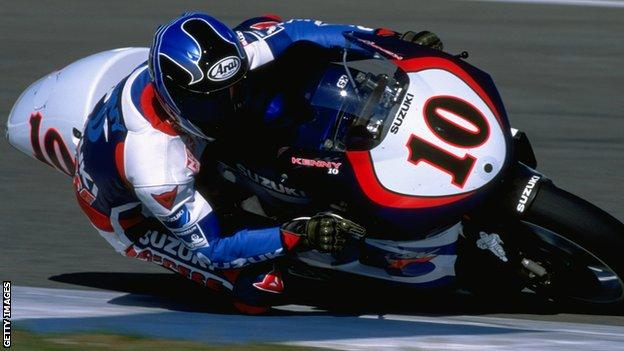 MotoGP will head to Jerez next season after an agreement was reached for the Spanish race to remain on the calendar.

The sport's commercial rights holder Dorna cut a deal with the local government to keep the race in MotoGP until 2015.

"It is one of the key stops on the MotoGP calendar with an atmosphere bar none that attracts huge crowds," Dorna chief executive Carmelo Ezpeleta said.

Meanwhile, the German Grand Prix has been moved from 7 to 14 July.

Jerez is one of four Spanish circuits on the 2013 calendar, along with Barcelona, Valencia and Aragon.

The only new track to feature in next year's championship will be the Circuit of the Americas in Austin, Texas.

It was confirmed last month that MotoGP will not return to Argentina until 2014 after next season's planned race was cancelled.

The decision came after a travel warning was not withdrawn by the Spanish government in time to meet the proposed 2013 calendar deadline.

Although the ban was lifted two days later on 20 November, rights holders Dorna said it came too late.

A three-year contract had been signed last year to race at the Termas de Rio Hondo circuit from 2013.

The problem arose after Spanish authorities advised against making the trip to the South American country for any drivers or teams sponsored by oil and gas company Repsol.

As this warning remained in place by 18 November - the deadline for the proposed 2013 MotoGP calendar to be presented to the International Motorcycling Federation (FIM) - the event had to be postponed.

A twist came two days later when the Spanish government withdrew their directive, but a statement released by Dorna blocked any hope of the race returning in 2013 for the first time since the top 500cc race was won by American Kenny Roberts Jr in 1999.