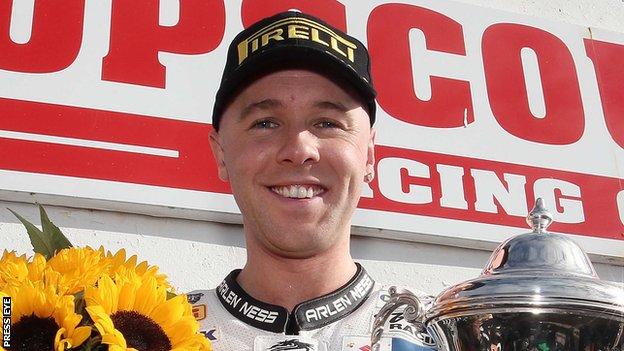 Michael Laverty will be partnered by Colombian rider Yonny Hernandez in the Paul Bird CRT team in next season's MotoGP series.

Britain's James Ellison was the team's only rider in the 2012 championship.

Hernandez, 24, will be on the Aprilia bike ridden by Ellison last season with Laverty aboard a new machine being developed by the team.

The Colombian rode a Kawasaki bike for the BQR team this season with his best result a ninth place at Indianapolis.

The team's expansion is part of a long-term plan by owner Bird to develop an all-British bike.

Laverty spoke of his "excitement" at next year's MotoGP challenge.

"I can't wait to get starting pre-season testing at Sepang in early February," added Laverty.

"I will have to adapt to the Bridgestone tyres and carbon brakes plus learn a few new circuits along the way but I hope to be challenging for top CRT honours.

"There are some experienced riders on CRT bikes so I am certainly not underestimating the challenge."

Hernandez added that he had "high expectations" for the 2013 campaign.