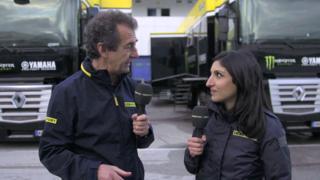 BBC MotoGP expert Steve Parrish believes the 2013 season could be one of the most exciting yet, with several riders in with a chance of winning the championship.

Parrish tips Dani Pedrosa and Jorge Lorenzo to be the most consistent performers this season, but does not rule out Rossi or Crutchlow.

Elliott has surgery on ankle injury