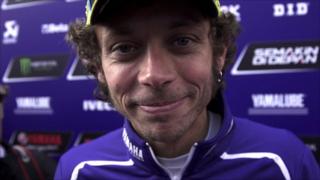 Valentino Rossi believes he will be able to fight with his main championship rivals when the Moto GP season gets under way next week.

After two barren years with Ducati, the seven-time world champion has returned to the Yamaha factory team for the upcoming season, and says he will be able to challenge team-mate Jorge Lorenzo and Honda duo Dani Pedrosa and Marc Marquez for victories as the season progresses.

The Qatar MotoGP takes place on Sunday 7 April, with live coverage across the weekend on the BBC.

Stokes to take break from cricket