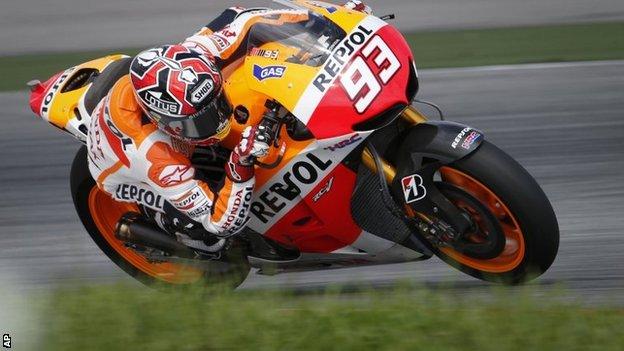 As the 2013 MotoGP season prepares to get under way under the floodlights in Qatar this weekend, there are plenty of line-up changes and new faces to get excited about.

Valentino Rossi returns to Yamaha on the bike he rode to four world titles after a dismal two years without a victory at Ducati, while rookie Marc Marquez will be hoping to get into the mix at the front from the off.

Jorge Lorenzo and Dani Pedrosa start as favourites and should ensure the title fight goes to the wire, while Cal Crutchlow and rookies Bradley Smith and Michael Laverty insure a strong British presence on the grid.

Matt Roberts will be leading BBC Sport's MotoGP coverage from the paddock. He is joined once again by Steve Parrish and Charlie Cox in the commentary box, with Azi Farni bringing the latest news from the pit lane.

The BBC will bring every session of the 2013 season live to fans - either on network TV, red button or online at the BBC Sport website.

In addition, all Moto2 and Moto3 races will be live on the red button, with their qualifying practices available live on red button or online/IPTV.

As usual, the MotoGP coverage will include full pre-race build up, bringing all the stories from the paddock and the starting grid. At the European rounds, with the exception of Assen, there will be a 30-minute MotoGP Extra show on red button or IPTV after the race, with interviews, reaction and analysis.