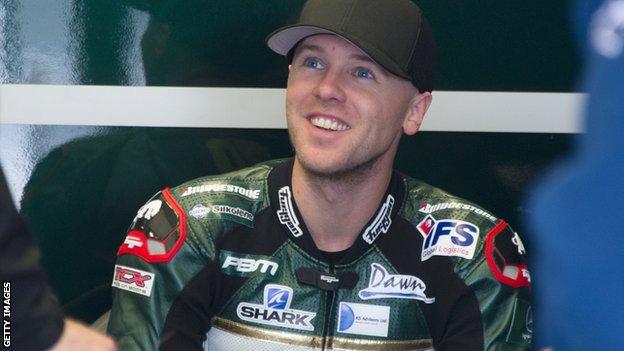 Riding a CRT machine for the Paul Bird team, the 31-year-old moved up several places with some riders crashing out.

Rossi, back on a Yamaha after two years at Ducati, won a great tussle with Honda new boy Marc Marquez of Spain.

Laverty, who qualified last on the grid, said the team had endured "a tough weekend" but were "taking the positives from it".

"I tried to push hard over the first three or four laps but I kept missing the apexes and running wide, so I was going slower by doing that.

"After that, I found my own pace and was consistent all the way through to the end of the race.

"It wasn't a disaster - I passed someone, I didn't finish last and I brought the bike home.

"!7th is not ideal but it's a start, we've got some data now and we know where we need to improve.

"Getting in amongst the other CRT guys, I can see where our weak areas are and where we need to build from here.

"Texas should play more into my favour as I'm riding the only new bike on the grid, but the other guys won't have any data to fall back on.

"We can be stronger than we were this weekend, results wise and speed wise."