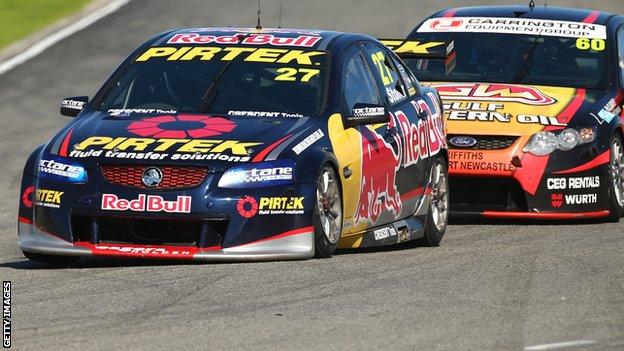 Former world champion Casey Stoner will test for Honda in Japan next month, heightening rumours he could return to MotoGP, although Honda deny he will be used as a wildcard this season.

In an interview with Australia's MotoGP website, Stoner said he was "still happy" with his decision to quit.

But he added: "There are times I miss riding my RC213V so I'm really happy Honda asked me to do some testing."

The 27-year-old will test at the Motegi circuit in Japan on 6 and 7 August.

He has since been racing in the second tier of Australian V8 cars (left in picture above) but said the two-day test "will allow me to enjoy what I miss, which is riding a MotoGP bike".

Stoner won the second of his MotoGP titles riding a Honda, with the first coming on a Ducati.