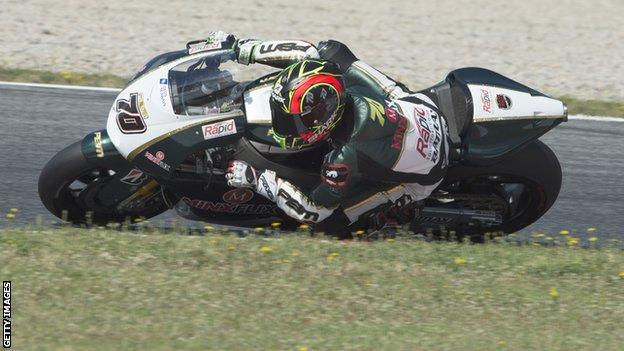 The Toomebridge man, riding for the Paul Bird team, came in 1:34.63 minutes behind winner Marc Marquez.

The championship leader from Spain secured his fourth victory in a row to boost his bid to take the title at the first attempt.

He reeled in long-time leader Jorge Lorenzo, who had to settle for third after Dani Pedrosa also passed him.

Cal Crutchlow's hopes of a fifth podium finish of the season, after starting on pole, ended with a crash on lap eight.

The Briton was running in fourth place after seeing the fast-starting Lorenzo, plus Marquez and Pedrosa, pass him on the run-in to the first corner.