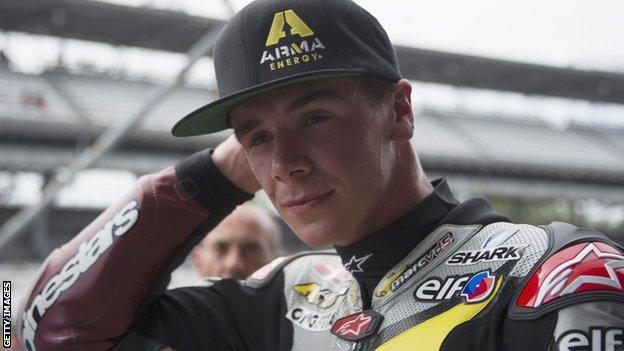 The 20-year-old, who leads the Moto2 championship by 23 points, had been suffering with muscle pain following last weekend's San Marino GP.

What is arm pump?

"Arm pump is a plague for motorbike riders. It is like cramp and it affects different people at different times. These guys all have massive forearms - you need to stop these bikes from 210mph - and sometimes the muscle gets too big for the sack that it sits in."

He had surgery on Wednesday and has been passed fit to compete in the Moto2 race in Aragon, Spain, on 29 September.

Redding is bidding to become the first British winner of a motorcycle championship in 36 years.

He has won three races this season, including the British Grand Prix.

This is Redding's final season in Moto2 before he moves up to MotoGP next year after signing a contract with Gresini Honda.