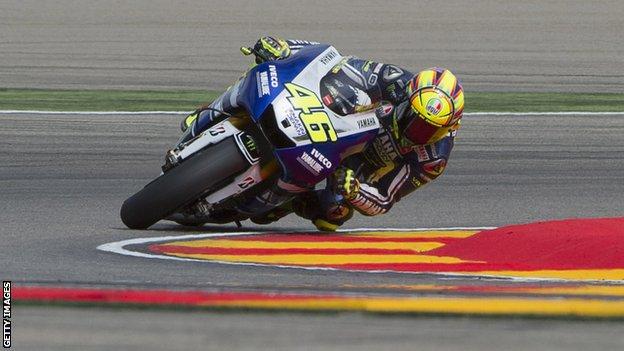 In a session that saw restricted action on a damp track because of overnight rain, Rossi clocked one minute 50.464 seconds late on as the circuit dried.

The combined times from the three practice sessions determine participation in Q2. The fourth session of practice does not count towards qualifying.

Marquez, Bradl, Pedrosa and Lorenzo stayed in their boxes throughout FP3.

Cal Crutchlow did likewise, having already done enough on Friday to ensure his place in Q2.

He is joined automatically by Rossi, Dovizioso, Espargaro and Hayden.