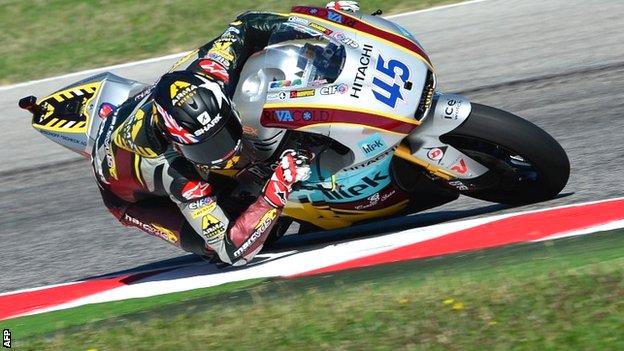 Redding had risen from 10th on the grid to fourth place when the scheduled 19-lap race had to be stopped after a major crash on the opening lap.

But the grid was retained for the restart, with the race cut to 12 laps.

After winning his home GP at Silverstone in September, 20-year-old Redding's lead over Spaniard Espargaro was 38 points, but he finished only sixth and fourth in the two subsequent races.

And he looked set for sixth place at Sepang but was pipped by Frenchman Johann Zarco on the final straight.

The original race had reached Turn 14 when five riders were involved in a pile-up, Spanish rider Axel Pons the first to fall, sending four others off the track. All escaped serious injury, according to race officials.

Two more riders went off on the first corner in the restart, sliding just in front of Redding's bike.