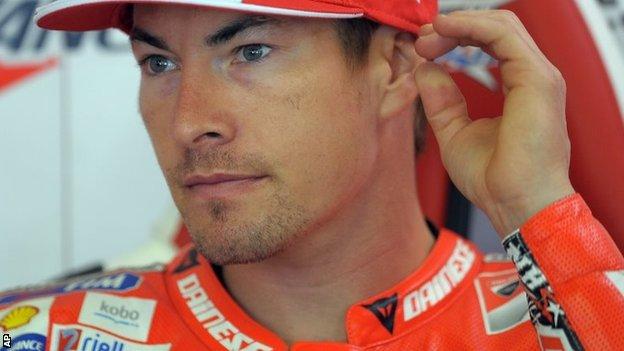 Former MotoGP world champion Nicky Hayden has signed a two-year deal to ride for the Aspar team from next season.

He lost his seat at Ducati earlier this year when

Hayden will be joined on Honda machinery at Aspar by a second, as yet unnamed, rider for 2014 and 2015.

The Aspar team have been powered by Aprilia engines for the past two years but will move to Honda with Hayden from next year.

Team boss Jorge Martinez said: "We are taking a huge step forward in terms of quality, prestige and image.

"We have grown a lot in a short space of time and we are all very excited about this new project."