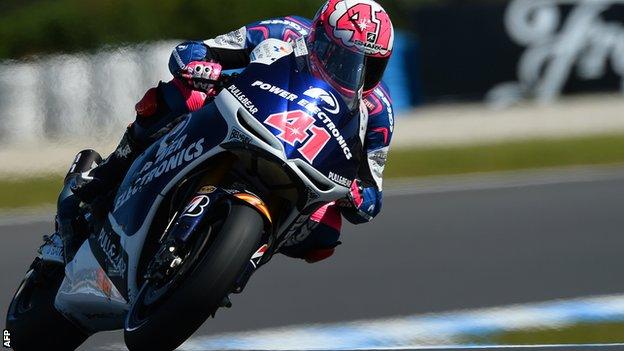 Italian manufacturer Aprilia has confirmed it plans to return to MotoGP as a full factory team in 2016.

Aprilia last competed as a full factory outfit in the premier class in 2004.

But its engines have won the CRT category with Aleix Espargaro in the Aspar Team for the past two years.

Roberto Colannino, chairman of parent company Piaggio, told RHO Italy: "In 2016 Aprilia will return to MotoGP to win and match the success it had in World Superbike."

It was thought Aprilia might start the 2014 season with a full factory effort after talks with the Aspar Team about producing a revamped ART package for next year.

But Aspar decided to switch to Honda machinery for next season's campaign, after the announcement Aprilia Racing boss Luigi Dall'Igna was defecting to Ducati.

Colannino said: "We've got two years of hard work ahead of us in the development of the engine and the technology that will allow us to excel in this competition."

There are four ART bikes on the 2013 grid but three of those - the two Aspars and the Cardion AB team - are switching to Honda machinery next year.

Paul Bird Motorsport, who run one ART bike with Northern Irishman Michael Laverty, are considering running their own PBM bike for both riders in 2014.