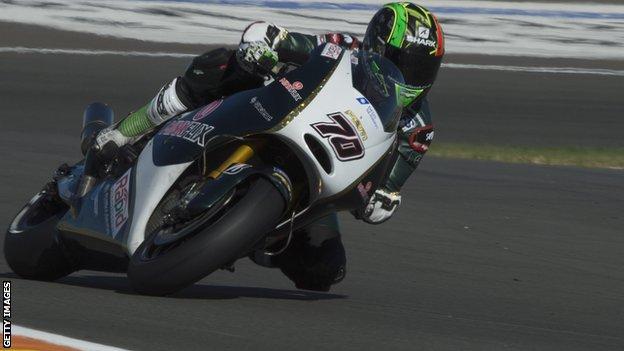 Northern Ireland's Michael Laverty will compete in MotoGP for a second year with the Paul Bird team in 2014.

The 32-year-old Toomebridge rider will be joined by Australian Broc Parkes on board the PBM Aprilias.

Laverty, the British Supersport champion in 2004, ended his debut MotoGP season in 25th place overall, with a best result of 13th at Jerez.

Parkes, 31, raced a Kawasaki for the PBM team in World Superbikes in 2009.

"We learned so much in year one and I am delighted Paul has continued his involvement with MotoGP and given me the opportunity to continue with the project," said Laverty.

"Everyone has told me that year two is much easier, so the aim is to put into place what we have learned and to raise our game.

"The class is going to be a lot tougher with the new production bikes, but our aim is to consistently score points."