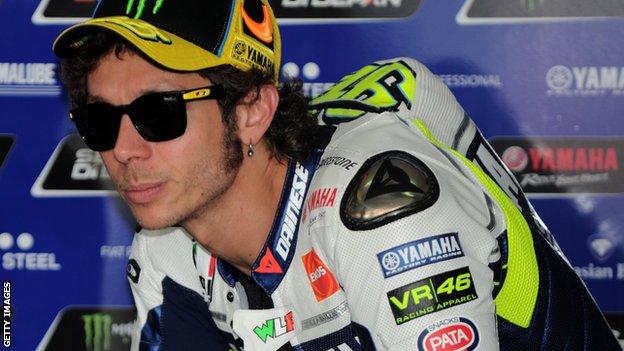 Yahama's Valentino Rossi and Honda's Dani Pedrosa recorded the quickest lap on the final day of the second pre-season test at Sepang.

Ducati confirmed after the session that their riders will compete in the Open rather than Factory class in 2014.

The change in class will allow the team to benefit from a greater engine allocation through the season.

Although there are differences in fuel limits, engine development and changes, rear tyres, and ECU software between the two classes, Factory and Open class competitors will compete for the same MotoGP world title.

England's Crutchlow was eighth-fastest on the tight-turning Malaysia circuit, with compatriot Bradley Smith ninth on his Monster Yamaha Tech.

MotoGP world champion Marc Marquez is out of action for around a month after breaking his leg in training last week.

The 21-year-old will miss the three-day Phillip Island tyre safety testing, which starts on Monday, but is expected to recover in time for the opening MotoGP race of the season, in Qatar on 23 March.