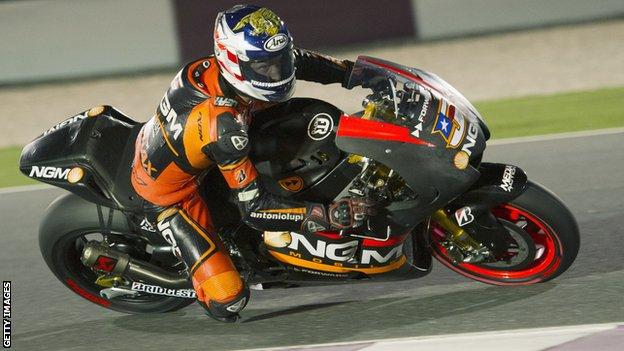 Colin Edwards will retire from MotoGP at the end of the 2014 season.

The Texan, 40, announced his decision ahead of Sunday's Grand Prix of the Americas in his home state but said: "I'm still racing this year though!"

The former World Superbike champion has claimed 12 podiums in a 22-year career.

"In testing this year I could see that I need to change my riding style and it is against my instinct to ride differently so that has had an affect," said the Forward Yamaha rider.

"I want to spend more time with my wife and my children and of course I want to say thanks to Yamaha and everyone who has helped me in my career."

Edwards finished ninth in the first race of the season in Qatar last month.