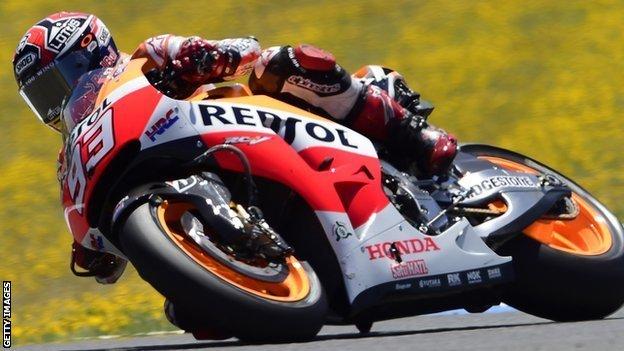 In his debut season last year, the 21-year-old Spaniard won the title on his Repsol Honda bike.

He currently tops the standings by 28 points, ahead of team-mate Dani Pedrosa, having won all four races from pole position this term.

"I'm glad to remain with this special group of people for another two seasons," said Marquez.

"I had always dreamt about being part of the Repsol Honda Team and, thanks to Honda, the dream came true a year-and-a-half ago.

"Everything happened very quickly last season and I would have never imagined that I could achieve what we did."

Honda executive vice president Shuhei Nakamoto added: "We are very satisfied to have reached an agreement to keep Marc in the team for a further two seasons."