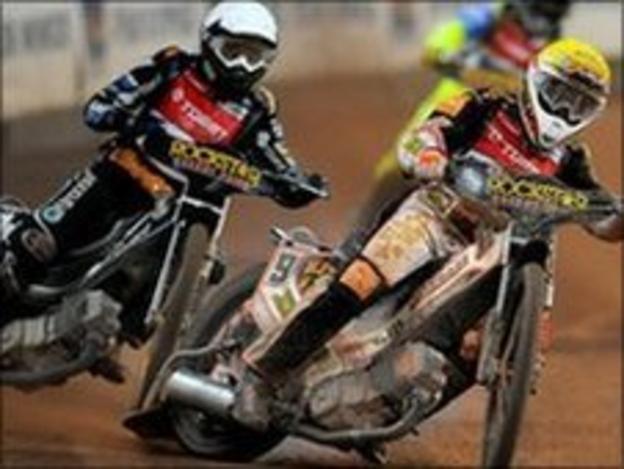 Sweden Under-21 rider Ludvig Lindgren will finally make his first appearance for Berwick Bandits after his debut was twice postponed.

The 20-year-old will race against Glasgow Tigers in the Knockout Cup quarter-final first leg on 21 July.

He was supposed to race against Workington on Saturday, 16 July and against Newcastle a day later, but both ties were postponed because of rain.

Lindgren is the younger brother of Grand Prix rider Freddie.

Bandits boss Ian Rae made the decision to sign him after Alex Edberg underwent neck and spinal surgery following a crash at Shielfield Park on 2 July.

Bandits boss Rae said: "[Lindgren] has spent the last two years racing against the very best riders in the world every week in the Elite League with Wolverhampton, and we consider ourselves pretty fortunate to have obtained his agreement to join us here at Shielfield Park."

Bandits owner John Anderson added that he is hoping that Lindgren will make an immediate impact when he makes his debut in the Knockout Cup quarter-final.

"We know how good Glasgow have been this year, but with Ludvig in our team and a very refreshing team spirit throughout the camp, an aggregate win is by no means out of the question," he said.