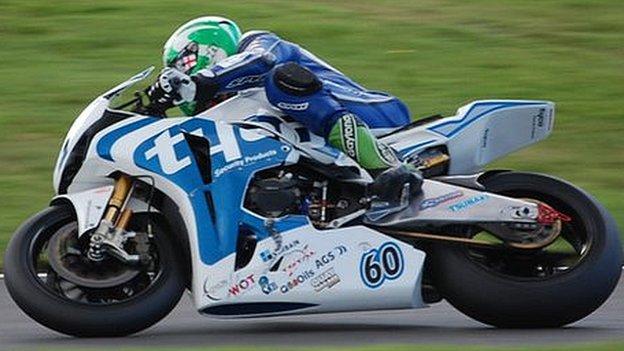 The 24-year-old finished ninth for Tyco Honda in 2011 and took his maiden BSB podium finish at Thruxton.

He told BBC Lincolnshire: "They're one of the bigger teams in the paddock and it's great to be involved with them.

"The bike's got a lot of potential and I'm looking to improve on what I did last season. It's a really strong package and it's all looking good."

And Hickman hoped to add to his tally of podium finishes after his second place at Thruxton in May 2011.

"Towards the end of the year I was getting front-row starts and battling with the guys at the front and I want to start this year where I left off."

Hickman's team-mate at MSS Kawasaki will be Michael Rutter, who made his BSB debut back in 1993.

"He's a really strong competitor," said Hickman. "I'm hoping to learn from his experience, but at the same time be beating him."