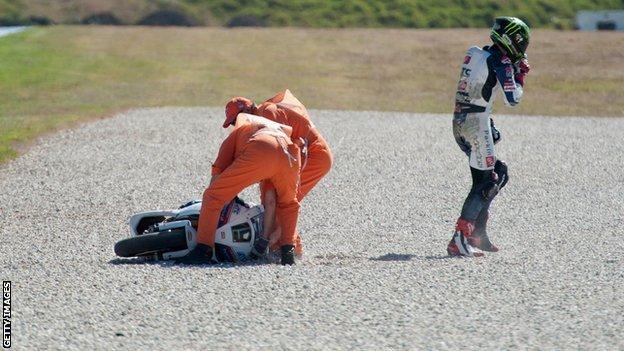 Chaz Davies was denied his World Superbikes debut after breaking his wrist in qualifying at Phillip Island, Australia.

The BBC Wales Sports Personaltiy of the Year 2011 was looking on course for a 15th-placed start during qualifying.

But Davies was hurt after sliding his ParkinGO MTC Aprilia off the track late in the second session.

Last season's World Supersport Champion now has a month to recover before the second round at Imola.

The opening Superpole session was cancelled after a fatal accident in the preceding Supersport/Superstock race, where Australian Superstock 600 rider Oscar McIntyre, 17, was killed in a crash.