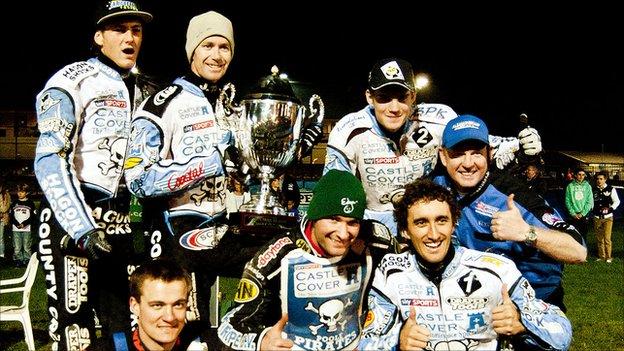 Poole Pirates are still hoping to arrange a European fixture next season, with Swedish side Piraterna being lined up by promoter Matt Ford.

It emerged on Monday that speedway's proposed European Cup had been postponed until 2013 because of a dispute over television rights.

But Poole fans may still get a taste of European action if Ford is successful.

Allen added: "We are hoping to be able to stage a one-off home and away challenge fixture against them.

"That will be great if it comes off, as Piraterna boast the current world champion Greg Hancock, and the world-Under-21 champion Maciej Janowski. So that would be two great stars pitting their wits against the Pirates."

Allen also revealed that the 2013 European Cup - intended to be Speedway's equivalent to football's Champions League - is likely to go ahead with representatives from Poland as well as Denmark and Sweden.