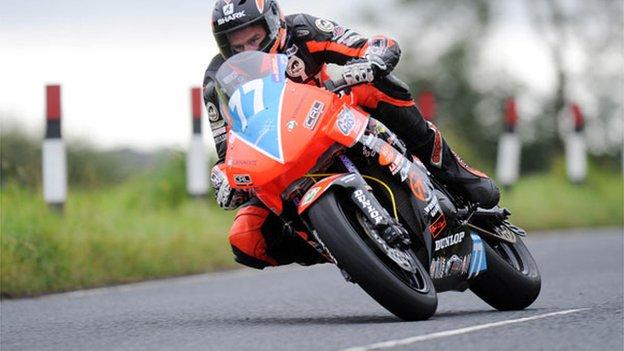 The re-introduced Supertwins class, featuring six former winners, could be a highlight of this year's Isle of Man TT races, according to organisers.

A total of 60 riders have registered to compete in the class, including Ryan Farquhar and Michael Dunlop.

Organiser Paul Phillips said: "We've had great response from teams and riders and it already looks like being one of the highlights of the event."

Among the favourites will be former TT winners Ryan Farquhar, Michael Dunlop and Adrian Archibald, all from Northern Ireland.

Also in the field are Australia's Cameron Donald, Welshman Ian Lougher and England's Michael Rutter, who have also won on the Mountain Course.

The race will take place on 8 June and carry al prize fund of over £25,000 - but points scored will not contribute to the overall TT championship.